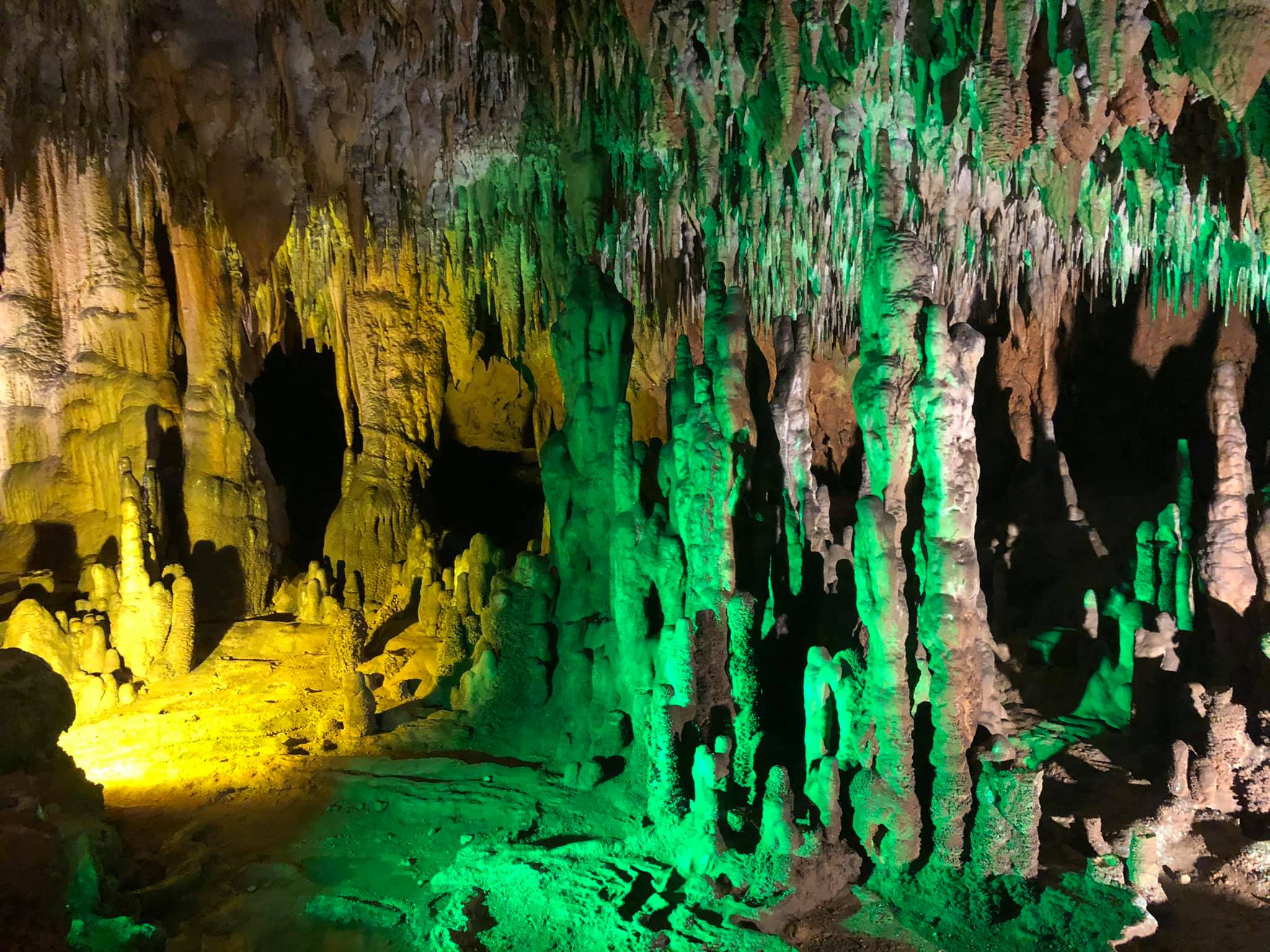 I was scrolling through Facebook over spring break and saw one of my friends checked in at the Florida Caverns State Park — and I found myself looking through every single photo. I’ve lived in Florida my entire life, and I never knew we had caverns in the state, and that they are less than a four-hour drive from Jacksonville.

A few weeks later, we were going to Destin for a long weekend, so I checked to see if Marianna, Florida, (where the caverns are located) was near our destination. Turned out it was less than a 10-mile detour off of I-10 and could be a nice pit stop to get out and stretch our legs. I told my 10-year-old who dabbles with gemstones and rocks, and he was pumped to check it out.

We drove through the little town of Marianna, home to Chipola College and nicknamed “the City of Southern Charm.” Just on the outskirts is Florida Caverns State Park, Florida’s only state park with air-filled caves accessible to the public. You’ll approach a ranger station and pay $5 per vehicle to get into the park where you can normally enjoy more than just the underground caves such as boating, camping, geocaching, horseback riding, paddling, picnicking, swimming and bike trails — but Hurricane Michael did a number on the area in 2018. Park officials say they will be re-opening portions of the park later this year.

Make your way to the gift shop to reserve your tour time. Tours run every 30 minutes, except on Tuesdays and Wednesdays. Children under two are free. Ages 3-12 are $5, and ages 13 and up are $10.75 per person. There is a small museum on the second story to kill time and a few picnic tables nearby. Arrive early, tickets sell out fast, especially on weekends. You cannot make reservations ahead of time. 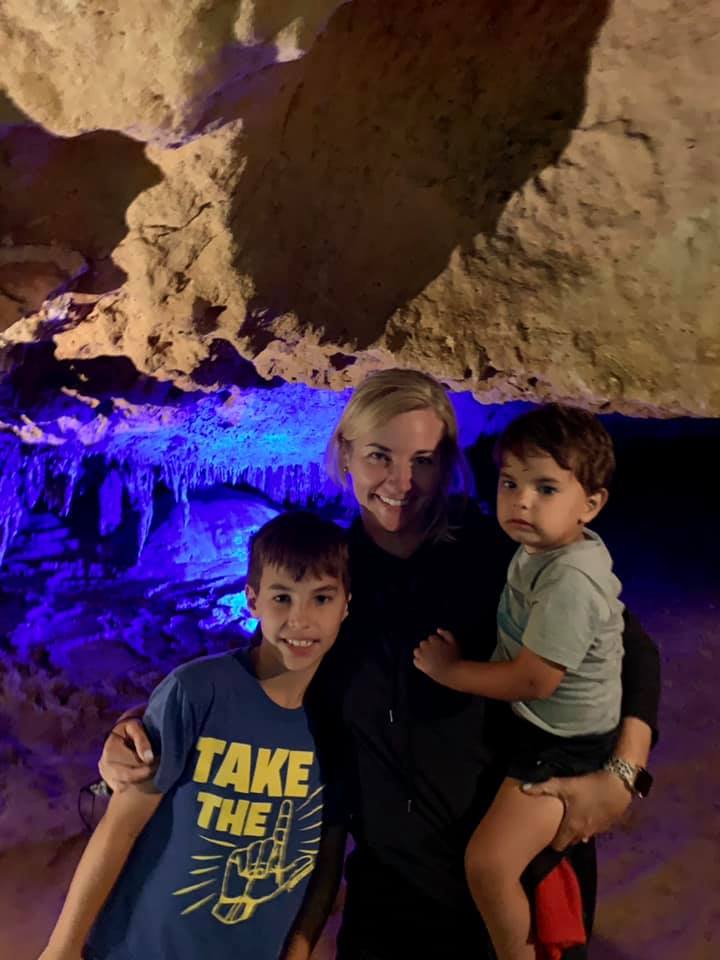 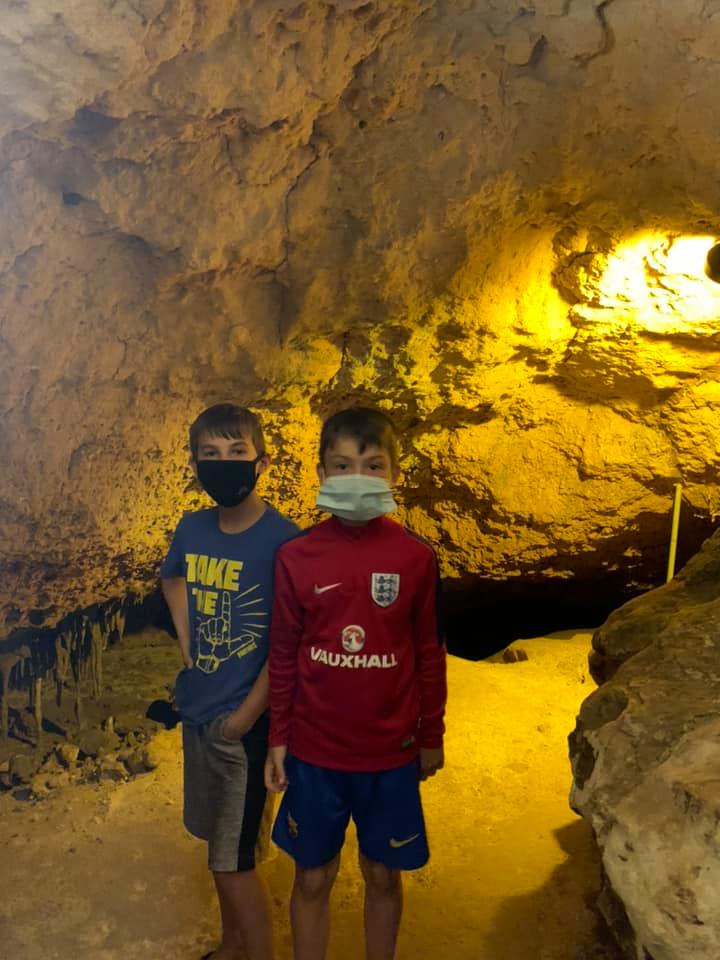 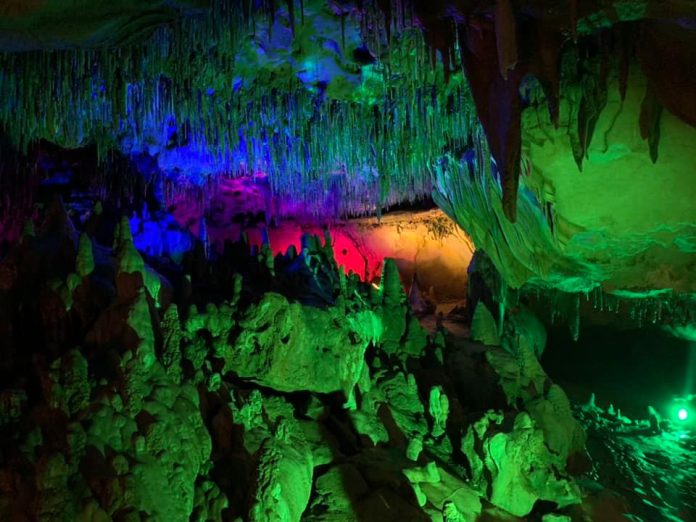 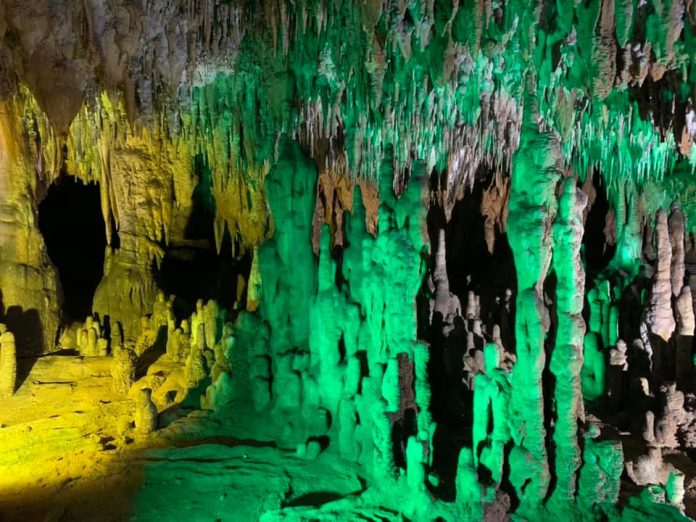 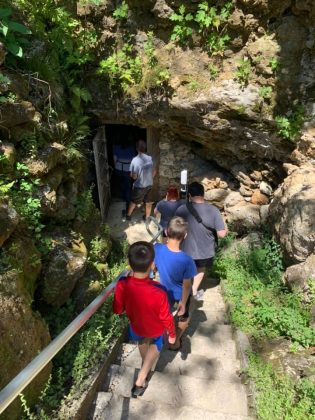 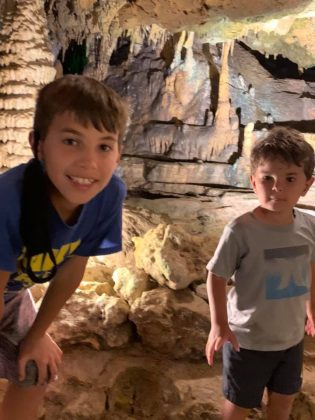 Some bits of info we learned on our tour without stealing the tour guide’s thunder:

I’ll leave the rest of the education to the tour guide. But one other nugget for you brides-to-be… if you’re looking for an unusual spot to get married, the cave can be your venue in the unique “wedding room.”

I took more photos than I know what to do with, but it was pretty spectacular scenery. If you find yourself in the Panhandle area of Florida and are looking for something off the beaten path, I don’t think you’ll be disappointed!

On the Road for the Holidays: Jax to New Smyrna Beach

Where to See Santa In & Around Jacksonville 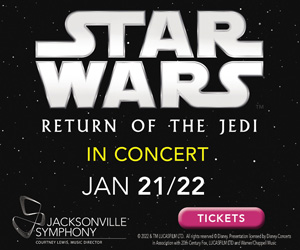