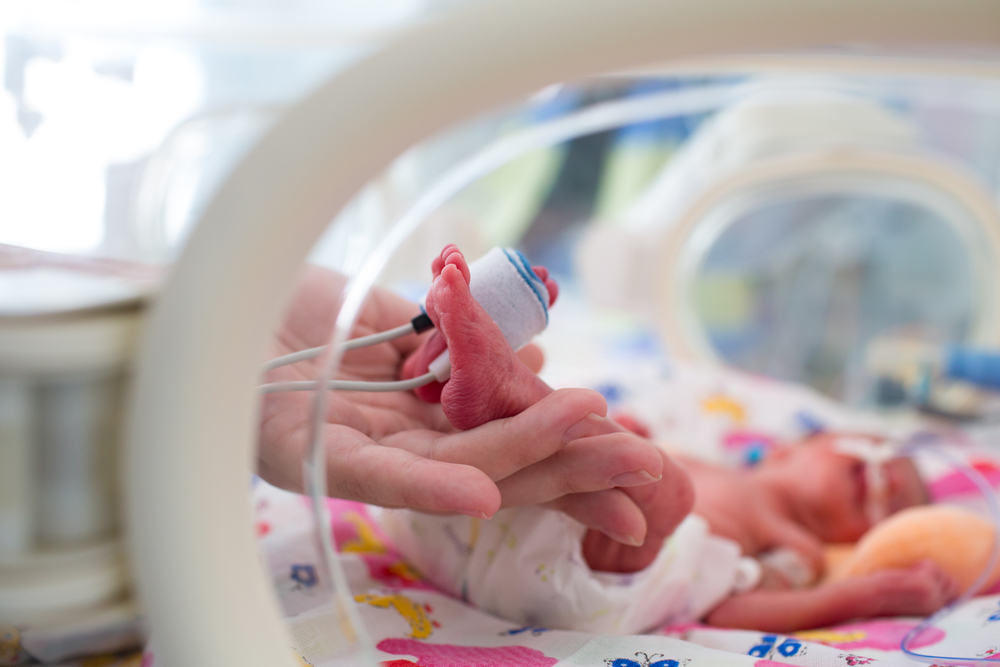 Until I had my premature baby spend a week in the Neonatal Intensive Care Unit (NICU), I had no idea what it was like. Having your minutes-old baby snatched off your chest and rushed to the NICU because he wasn’t breathing properly and being left alone, having just given birth, left me very shaken. Every day stretched endlessly, with the tiniest milestone feeling insurmountable.

At the same time, I felt tremendous guilt — guilt that my baby had been born prematurely, guilt that he had so many wires and tubes hooked up to him, guilt that I was so upset when there were babies in the NICU having far scarier experiences than mine.

The NICU is a miracle. The doctors and nurses are there, saving your baby’s life. The nurses we met were the kindest ones we’ve ever encountered, and I remember each of their names.

You’re in the NICU because something is wrong. There are so many machines and alarms always going off because your baby wiggled and now the monitors think he’s flatlining. When we were finally allowed to hold him, we were warned to not do it too long or we would tire him out. I had just given birth after a three-day labor ordeal, but instead of being in postpartum recovery, I was dragging myself down to the NICU, missing my next dose of pain medicine and privacy of recovery.

Not to mention this was pre-COVID! I had the support of my husband in the room, but today’s parents might be doing this in shifts and on their own.

If you have a friend and hear their baby is in the NICU, don’t assume they’re doing okay. They’re in a scary situation, and often with the NICU, there are logistical problems that are impossible to solve from a hospital room. Here are some ways to support a friend or family member whose baby is in the NICU:

Every one of my friends who had had a baby in the NICU sent me an encouraging text. I read those texts more than once, assuring myself everything would be okay. I also appreciated every person who checked in, even just to ask how we were or just that they were thinking of us or praying. Reach out to your friend — but don’t be offended if they don’t respond, either. They might be too overwhelmed. Just let them know you heard what was going on and offer encouragement and support. I personally had a lot of time on my phone watching my baby sleep and welcomed texts from everyone asking how we were doing.

Going home while your baby stays at the NICU is a nightmare no parent wants to live. For anyone with an extended NICU stay, it ends up being a cycle of sleep, wake, go to the NICU. If you’re in a position to help, offer specific, practical help. Make specific offers, not just a “Let me know if you need something!” Do they need someone to walk their dog? Feed their cat? Watch their older child? Drop off something from the grocery store or a meal? Stop by and get the Amazon boxes off of their porch? Mow their lawn? It all counts, and it all helps!

We had a lot of food delivered to the hospital and made a lot of Starbucks runs. A gift of coffee or a Starbucks card went a long way. Doordash or Uber Eats gift cards are also very helpful, since the parent may not want to leave the hospital to pick something up.

With my baby surprising us five weeks early, we weren’t prepared at all. There wasn’t a newborn diaper or wipe in the house. If you know the stay is going to be short or that your friend is about to bring their baby home, sending diapers, baby wipes, and a sleeper or two is a huge help.

The NICU paranoia takes a long time to shake. Something about that sterile environment stays with you for a long time. Every time you enter the NICU, you’re required to scrub in for three minutes, which feels like an eternity. Hands are sanitized every time you touch the baby. We weren’t even allowed to eat in the room.

When we got home, I stationed sanitizer around the house. I was terrified of being readmitted to the hospital with another IV port, monitors, and so many wires. Forced to leave my house due to an active 3-year-old, I wore my baby and refused to let anyone touch him or breathe on him.

During flu season especially (or COVID season!) be understanding if your friend is nervous to have you meet or hold the baby.

Any other tips from fellow NICU parents? Comment below!