When I first heard about hypnobirthing, it sounded like the type of birth experience where you hold crystals in your hands and chant while laughing the baby down the birth canal — under the light of a full moon, of course.

My motto for my first birth was, “We’re doing it live!” which meant I had zero plan, didn’t take a birthing class, and just showed up and hoped for the best. What followed was an induction and an epidural that was placed wrong and numbed my legs instead of the part that was dilating, which gave me a panic attack from not being able to move or feel my legs. Oh, and I itched from head to toe.

So, when I was pregnant with my second, I knew I needed to find an alternative to the epidural, which had turned out to be the worst part of the birth experience for me. I hired a doula, Kelly Googe, who, if I had given birth during COVID, would have given my husband some STRONG competition to be my only support person.

The next step after a doula was to look into a natural birth class. I didn’t want to wing it this time, and I kept hearing about hypnobirthing from friends. I was super skeptical — it sounds weird! I did some research and asked every friend I know who had done it, especially friends who, like me, were planning to have a hospital birth. That said, here are a few common hypnobirthing misconceptions, debunked:

There are a few types of hypnobirth classes out there, such as “Hypnobirthing” and “Hypnobabies.” Both are fairly similar, but I chose Hynobabies because my friend was doing it, and I could do it online for $150 instead of going and taking a class in person.

The Hypnobabies method is a 6-week course. You review the reading material and listen to the weekly tracks. I admit, I was a little scared to listen to them. What would being hypnotized be like? But honestly, it is nothing like the, “Now you will walk like a chicken!” you picture from TV. You simply put your body into a state of deep relaxation while you listen to the soothing voice of the narrator.

Deeper and deeper into hypnosis now… deeper and deeper… relax, she says calmly. To be perfectly honest, I couldn’t tell you what most of the tracks said once the hypnosis portion hit. I was in such a deep state of relaxation that I either fell asleep or just had no recollection of it. According to Hypnobabies, it’s totally fine to sleep during your tracks — your subconscious is still practicing relaxing to these cues. By practicing relaxing to these cues daily, your mind will be prepared during your “birthing time.”

That’s another big point of Hypnobabies — positivity. One track, which you listen to daily, is 45 minutes of positive birth affirmations and involves no hypnosis, just reframing negative thoughts. I can still recite parts of it. “My baby knows how and when to be born. I have a voice! I can say, ‘No, thank you!’ and still be respected.”

Hypnobabies also reframes a lot of language. “Labor” is “birthing time.” “Contractions” are “pressure waves.” “Due date” is “guess date.”

I had 4.5 weeks of my Hynobabies Course under my belt when my baby decided to surprise us at 34 weeks. A lot of my Hypnobabies prep went out the window — I definitely was not listening to “Baby Come Out!” or “Early Birthing Time” while they pumped me full of fluid hoping to stop labor. Though I did listen to the “Fear Clearing” track and “Bubble of Peace.”

The hypnosis method has you think of your mind like a light switch with three positions:

I spent most of my birthing time in the “center” switch and would stop and talk to my nurses and doula and husband as needed. Otherwise, I listened to tracks on my headphones.

The Hypnobabies course also makes you think that you will just listen to the tracks the entire time, and you could! But I went into the hospital Wednesday afternoon, had labor stall but not stop, labored all day Thursday with Pitocin, then, finally with a lot of Pitocin and misoprostol, finally got the baby out Friday morning. There was absolutely no way I could have listened to hypnosis tracks that entire time. I used them primarily in moments of rest/sleep and when I was having steady contractions pressure waves.

Actually, yes! All my nurses and midwives commented on how relaxed I was. Everything was going opposite of my birth plan, which was “a home birth feeling but in the hospital.” Because my baby was premature, I was hooked up to a bunch of monitors that limited my movement, I had an IV with antibiotics, I definitely had not labored at home as long as possible, and there were NICU doctors coming to talk to me at regular intervals about all the problems my preemie might have.

But I was relaxed. The contractions, even with Pitocin at a 20, felt like strong tight squeezing as if from a blood pressure cuff, just like my track said. Coached by my tracks, I pictured sending Hypnoanesthesia (bright, orange, SHIMMERING Hypnoanesthesia!) to my pressure waves and breathed the relaxation cue, “PEACE.” I knew each pressure wave was bringing me closer to meeting my baby. At no point did I feel that anything was too painful to endure. I wasn’t even tempted by the epidural.

I will say, the only moment where it all fell apart was pushing. This might have been because I hadn’t gotten to “Week 5: Pushing!” in the course since I was five weeks early. Or, maybe pushing always feels like you’re on a runaway freight train about to go off a cliff, and you can’t get off. I definitely did not breathe the baby out, and I absolutely screamed, “I CAN’T DO THIS,” but my doula coached me through breathing and pushing and FINALLY, after THREE LONG DAYS, my second baby, Jacob, came out to meet us.

I would include a picture of us gazing at him beautifully, but he was hurried to the NICU so we didn’t get one of those! I will instead include a recent photo: 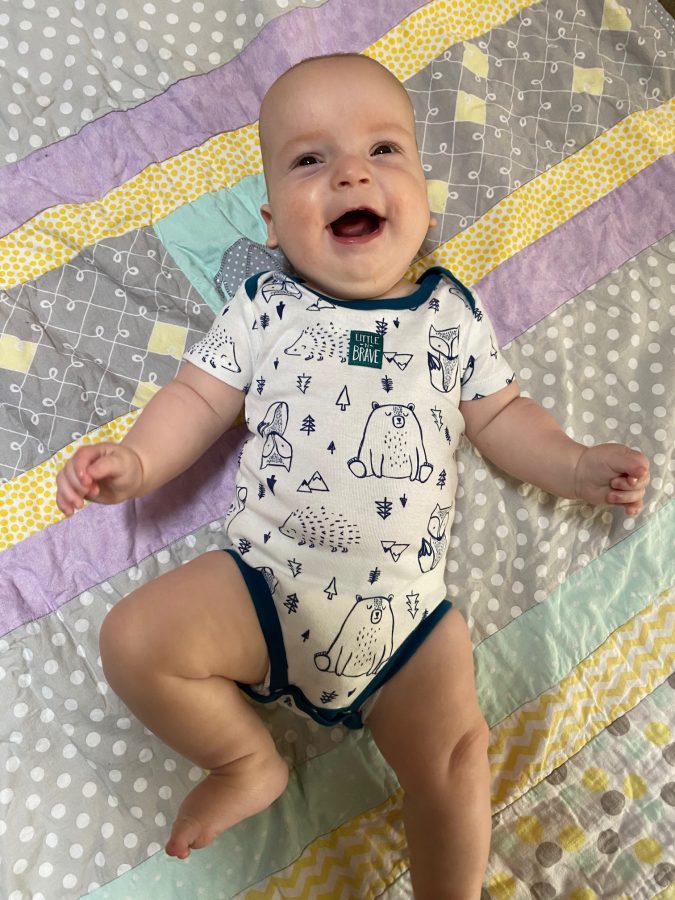 Comparing my recovery after an epidural vs. unmedicated was night and day. I was up and moving within the hour — I felt totally fine and probably did too much — but I was able to get discharged the next morning so I could stay in the NICU suite with my baby.

It was amazing to me to see what your mind can do with the right training. I would recommend hypnobirthing to any pregnant mom, even ones planning an epidural or not sure if they’re going to have a C-section. The reframing to positive thoughts is so helpful at such a stressful time as pregnancy. The tracks themselves would help keep you calm and relaxed throughout your “wonderful birthing time.”

I also really credit the class to a good attitude during the final days of pregnancy and keeping calm in the face of a personally scary birth situation.

5 Postpartum Changes No One Talks About

Our Struggle with Secondary Infertility, Loss, and an Unexpected Rainbow