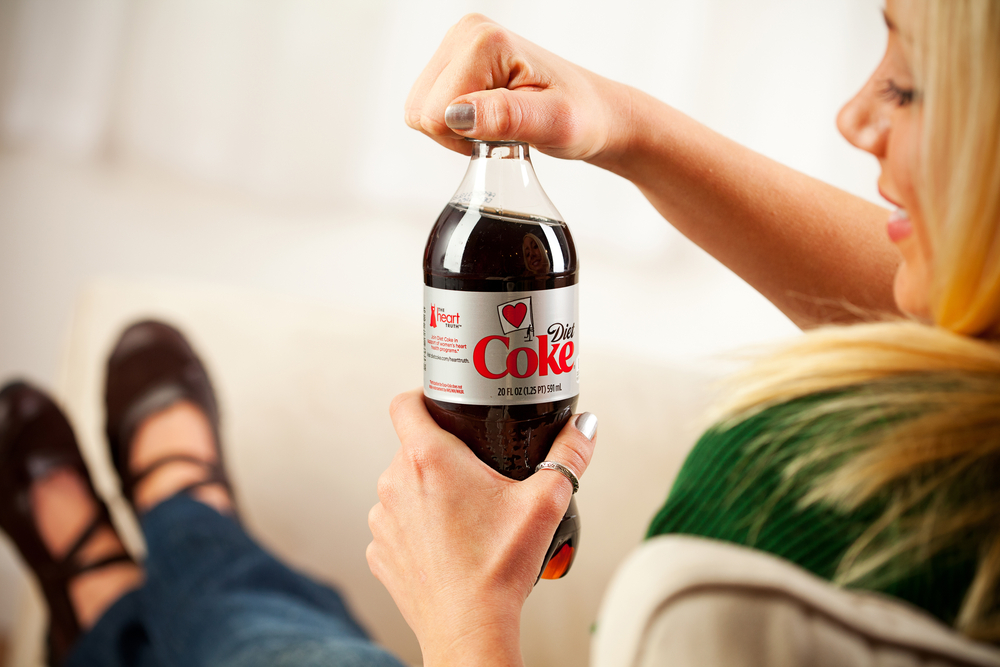 I was never a diet soda (or really any soda) drinker at all until my first son was born almost nine years ago. My Diet Dr. Pepper habit began during those long and sleepless nights and quickly spiraled into an addiction. I don’t drink coffee or tea, but every morning since I have looked forward to my can (I don’t like the bottle version unless I’m desperate) of DDP. Since it was calorie-free, I figured it wouldn’t affect my waistline that I was so trying so hard to get back to pre-pregnancy size.

When I travel for work, the first thing I do is secure a few cans of DDP to get me through my mornings on the road. I actually searched high and low in New York City for my fix, and I finally stumbled upon a pizza joint in Times Square that sells DDP cans. I now visit for a slice or two and a few cans upon arrival into the city. You’d be surprised how hard it is to find a can of this stuff that’s been around since 1885.

Sounds ridiculous, I know. Until last month. I saw a story pop up in one of my feeds with a headline that read: “105 Most Popular Sodas Ranked by How Toxic They Are.” I was afraid to look at the list. The article referenced “soda bellies” and a recent study that showed people who drank soda or other sugar-sweetened beverages gained an extra 1.8 pounds of visceral fat — the fat that sits inside your gut, damaging your internal organs and pushing your belly out. This same visceral fat has been shown to increase your risk of heart disease, stroke, diabetes, etc. I thought to myself, okay, but I don’t drink “regular soda.” I drink diet and that’s calorie-free so… Nope, wrong again. The article quickly proved my ignorance, saying artificial sweetener is 180 times sweeter than sugar and more damaging to your waistline! WHAT!!!???

I was somewhat relieved when I couldn’t find Diet Dr. Pepper in the listing of the most toxic sodas. However, it did make me rethink what I had read about the waistline and artificial sweetener. I started doing some research. I read all kinds of startling information like diet soda may change your brain’s reaction to sweetness and may cause insulin confusion. True or false, it was scary enough to make me rethink my love for DDP. Right then, I decided I had to stop drinking DDP, and I had to stop buying cases at a time, so I never ran low.

I knew it wouldn’t be easy. Especially in the mornings. I often grabbed a can for my morning commute, and it was the perfect amount to get me to my destination. When Monday came around, I skipped the visit to the fridge. I managed to get through two days feeling okay. That didn’t last long. I felt awful. I was lightheaded, dizzy, foggy, nauseous, had a headache, etc. For nearly five days I had the same symptoms. Finally, after about a week of not having a can of DDP, the fog started to lift. Is caffeine withdraws a real thing? According to Google, it’s very real.

I refused to cave and drink one. Next thing I knew, 11 days went by. My stomach didn’t feel so bloated. I didn’t really need the drink to help wake myself in the morning. I just chugged water which is a MUCH better alternative. On day 12, I was quite proud of myself but relapsed and had a can while at a hotel after feeling tired from a long day. It was good. Soooooo good. I savored each sip. But then I remembered how terrible it made me feel and I tossed it in the trash before it was all gone.

Will I never drink another DDP again? Doubtful if I’m being honest and realistic. But I feel good knowing I can at least control my consumption and won’t beat myself up if I have one from time to time.

Quitting a habit is never easy, but experts recommend that kicking soda all the way out of your diet can have profound effects on both your weight and your health.

3 Tips for Families Going Back to School