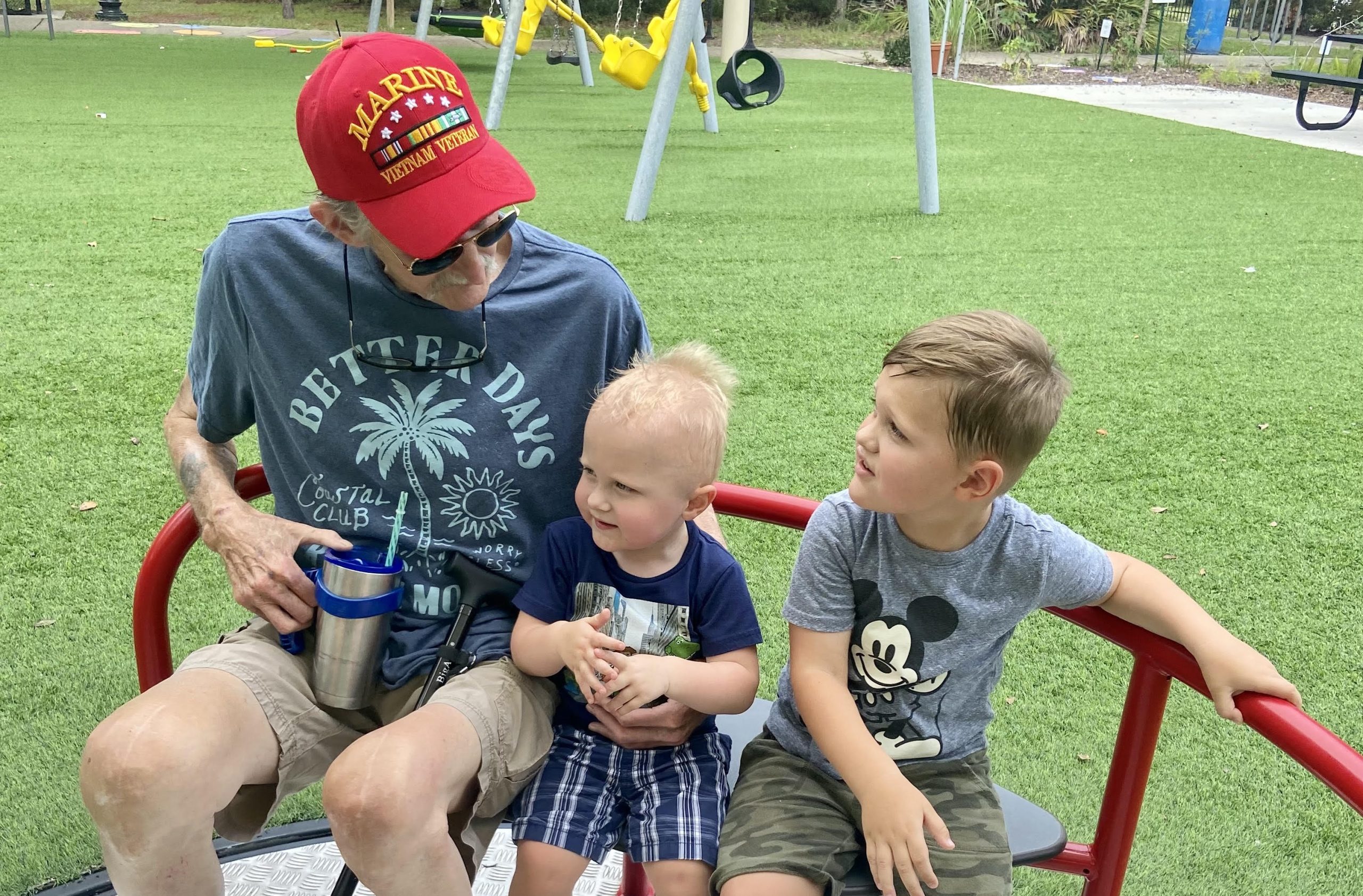 “But… what happened over there?” It was 1994, and we had just finished watching the feel-good flick Forrest Gump. My father had to wipe away tears during the Vietnam combat scene. I was 13 years old and didn’t understand. I still don’t — and I never will. The truth is, you simply can’t… unless you were there.

My dad won’t talk about Vietnam. If the topic is broached, he shuts down, as if willing away those ten tumultuous months of his life. Ten months that would serve to shape his character, overall well-being, and any and all interpersonal relationships he would ever have. And as we are nothing if not products of our parents, this has in turn shaped who I am.

What I do know is that in the fall of 1969, my father arrived in Vietnam with the Marine Corps a frightened 19-year-old — and he left the following year a hardened heroin addict. His drug abuse and anger issues would continue to follow him for decades, barring a brief period of sobriety from 1988 to 1993 that I’ve dubbed the “golden years” of my childhood.

It wasn’t until more than 40 years after he served that he finally filed a VA claim for post-traumatic stress disorder. He asked for my help in writing a statement — which is when I caught a small glimpse into what he saw and experienced during the formative years of 1969 and 1970.

“I landed at the Da Nang Air Base in early October of 1969… I was totally unprepared mentally. I was 19 years old, and everybody wore helmets, flak jackets, and carried M-16s everywhere they went; I didn’t understand why. It was crazy, and I had to grow up quickly. It wasn’t an 8-to-5 job; we were on call 24/7. If the sirens went off, we had to take action. From day one, I realized that everyone had some way to cope with the chaos — be it alcohol, drugs, or sex. These things were easily available… and little did I know, substance abuse and the problems that come with it would follow me for the rest of my life.”

He went on to chronicle the pain and tragedy he bore witness to (omitted) before his discharge, details he had kept bottled up for nearly half a century.

“As part of the Phase II pullout, my unit went to Iwakuni, Japan, where I spent my last three weeks overseas. While there, without an assignment and waiting to be discharged, I got in multiple fistfights with the Japanese, Marines, anyone who crossed my path. I was angry, and I didn’t know why…”

My father continued to grapple with the demons that had haunted him for decades, continuing, “My wife had her first bout with cancer in 1993. At this point, after five years of sobriety, I fell back into my old lifestyle… I was scared and didn’t know how to properly deal with my emotions. Vietnam taught me that in order to survive, you need to cope the best way you know how, and for me, that was through self-medicating and internalizing my fears… when Marla died, I was beside myself. Armed with poor life coping skills, I watched my daughter struggle… while simultaneously battling the demons that haunted me. The demons I had never properly dealt with. After more than 40 years of bottling it up, only now am I trying to face those issues head-on.”

After completing his statement, I asked why it had taken him so long to apply, to which he replied, “I didn’t think I was worthy.” American soldiers today are touted as heroes, as they should be, but back in 1970, they were spat upon and treated as lepers — compounding the guilt and shame suffered during that unspeakable time. 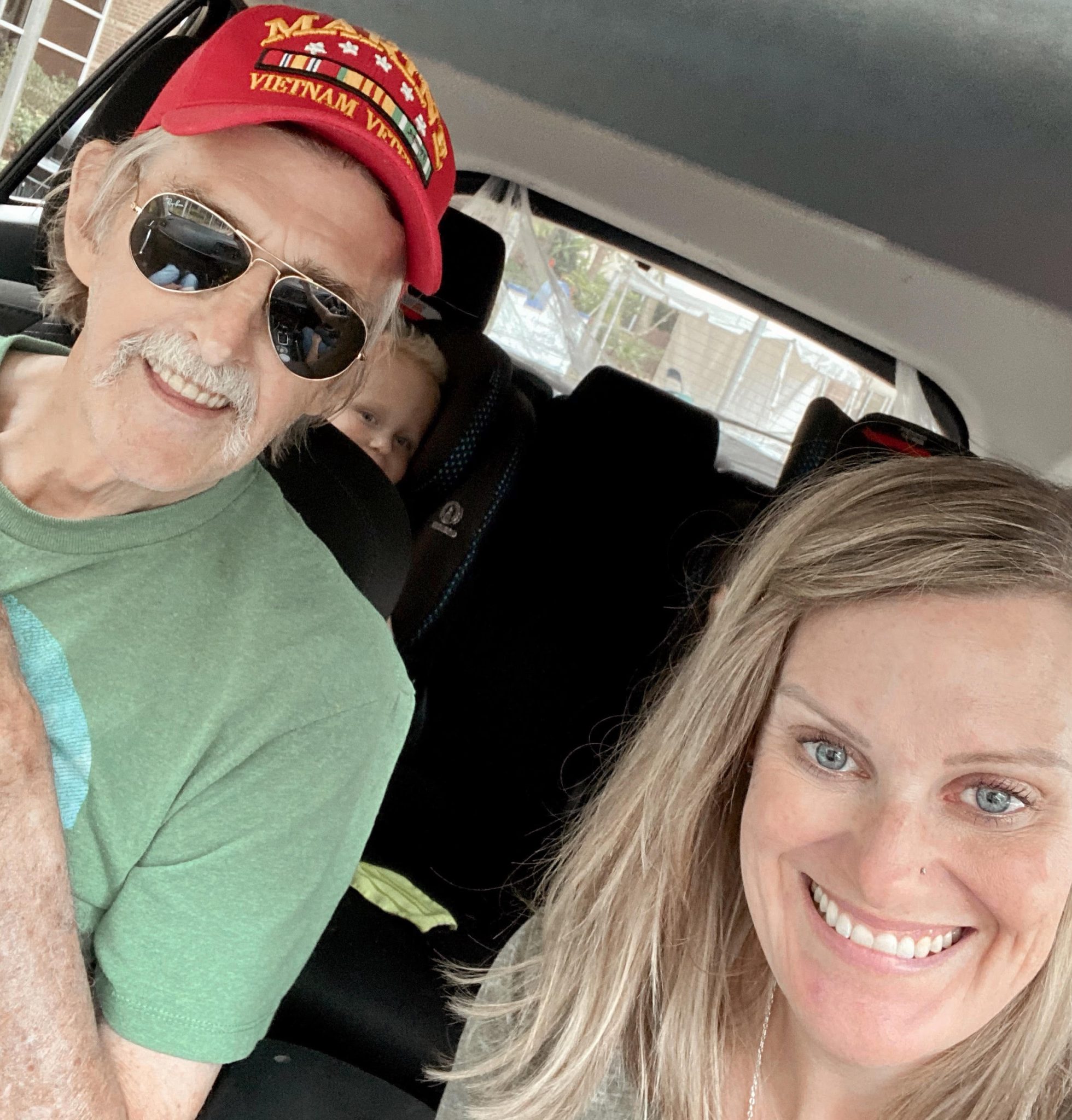 It is estimated that about 30% of Vietnam veterans struggle with PTSD — but those are only the cases that come to light. There are countless others who continue to suffer in silence, self-medicating (or worse). My father’s PTSD claim went through in 2014 — more than 40 years after living through the trauma — and he has since survived even more things that “would probably kill the rest of us mere mortals.” His existence is akin to that of Wile E. Coyote, getting smashed with an anvil, only to somehow bounce right back. Just months before the COVID-19 pandemic hit, he suffered a motorcycle crash that shattered his pelvis and broke 23 bones. It was at this point that we made the decision to move him from my childhood home in Kansas City down to sunny Florida to be closer to his only grandsons.

The wreck, coupled with years of hard living, has taken a toll on his body and mind. He is coming up on a year living in Jacksonville, and many more years clean from drugs and alcohol, and I can only hope that he is happy more than not. He certainly deserves to be. He now shuffles with a cane and often wears a hat over his thinning, longish hair, adorned with the brightly embroidered words, “Marine Vietnam Veteran.” Wherever we go, folks thank him for his service, and if you look closely enough, you might find a humble smile break out underneath his graying mustache.

As the Vietnam veterans around us all get older, realization dawns that their numbers are swiftly dwindling. Soon, there will be very few, if any, of their stories left to tell. I am insanely proud of my dad for his service. But it breaks my heart when I think about the price he has had to pay for giving it.

Published with permission from The Ol’ Man.

Not All Holidays Are Happy