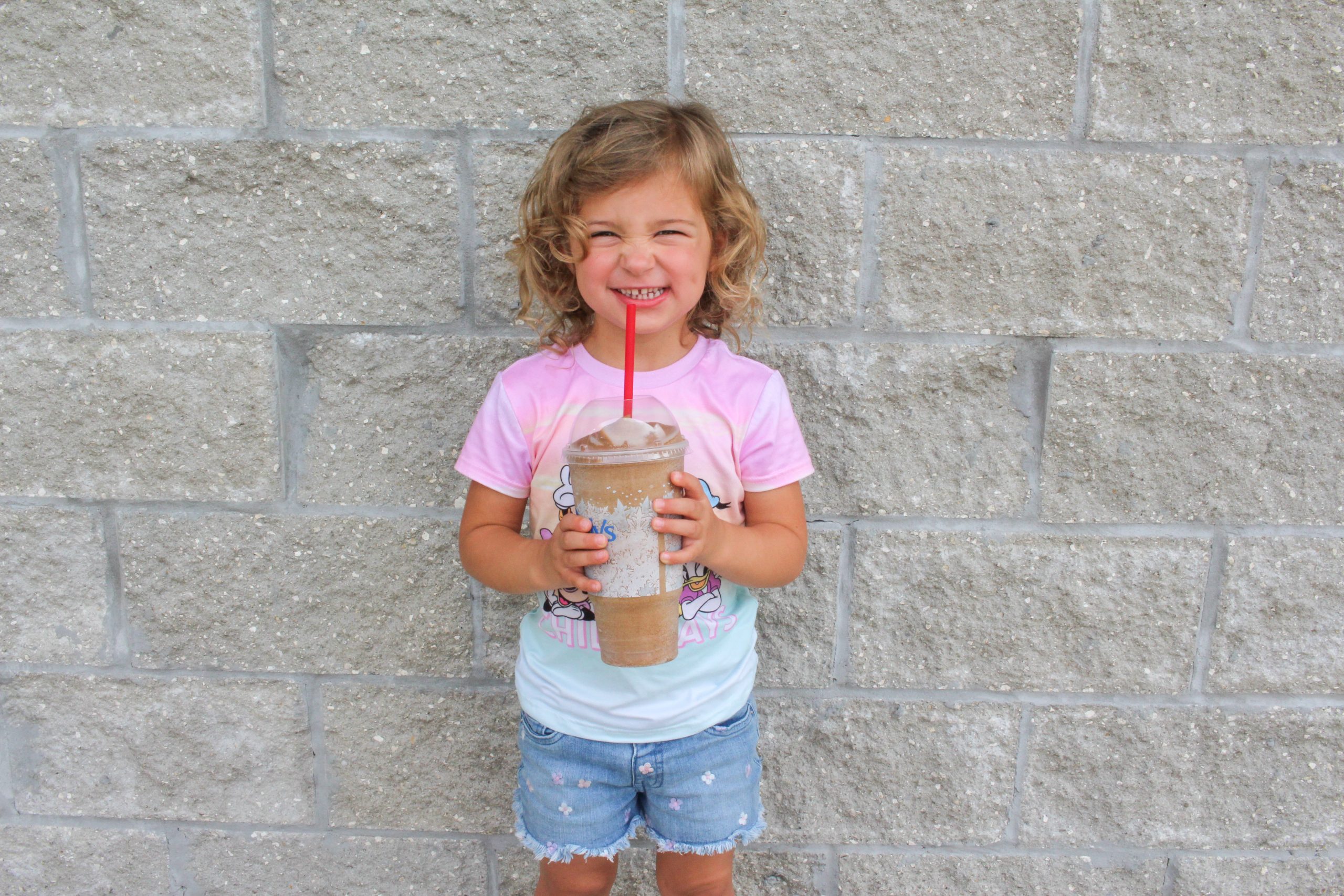 Unless you’ve been living under a rock recently, you’ve probably heard of the new Netflix movie starring Jennifer Garner called Yes Day. Based off the 2009 children’s book of the same name by Amy Krouse Rosenthal, Yes Day is a day when parents can’t say no to their children’s requests (with some boundaries, of course).

However, the night before our scheduled Yes Day, my children were losing their minds and totally missing the actual point of Yes Day. “I’m gonna make you eat bugs!” yelled one of my children (who for their sake shall remain nameless). “I’m going to throw your phone in the trash!” another shouted gleefully. Thus, this post was almost named “The Yes Day That Didn’t Happen.” Thankfully after a come-to-Jesus meeting, the kids understood it is a privilege to have Yes Day, and that they’d be making their requests nicely, with a required “May I please…”

Our morning began with “May I please not make my bed?” And “May we please make this recipe from the Disney cookbook for breakfast?” Both were very easy to say YES to! We were then off to baseball and flag football games before resuming our Yes Day. 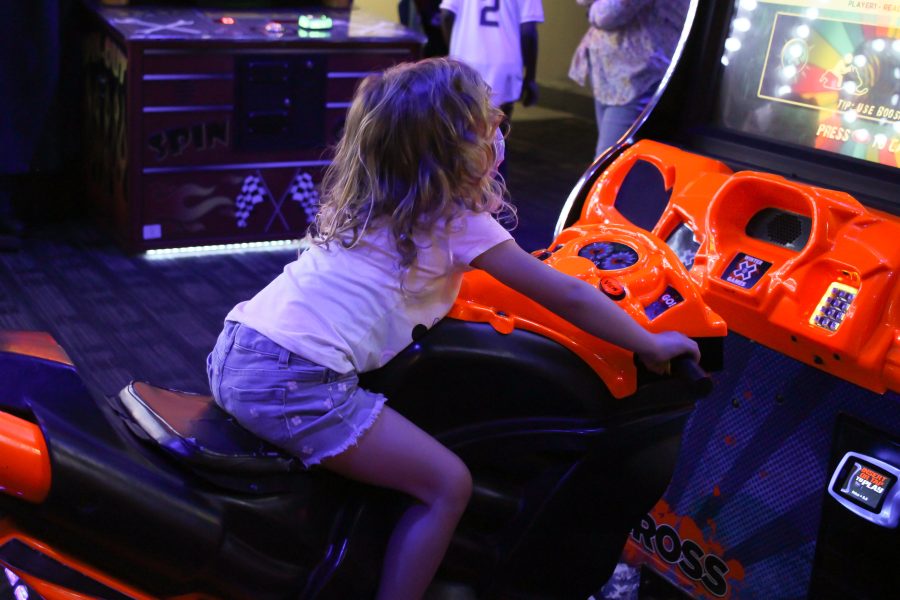 After going to two different chicken fast food places for lunch, the next request was to head to an arcade. Another easy YES, Dave & Busters provided a couple of hours of overstimulation with lots of smiles and some new experiences (watching my 4-year-old master a motorcycle ride game and almost beat her 8-year-old brother was pretty fun).

From there we got ICEEs and enjoyed a water balloon fight in our backyard. 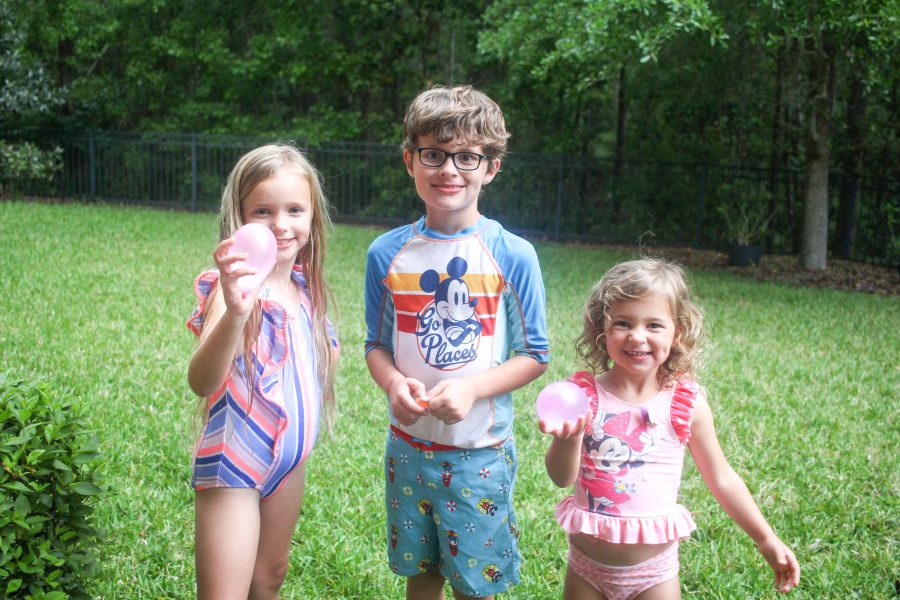 Next came the request I usually deny… they each wanted their own bath with a bath bomb. My little one, in particular, loves to pretend the entire bathroom is her own personal pool, splashing like a mermaid and generally making a gigantic mess. So my reflexes kicked in, and I said, “No, not today guys.” This led to a triumphant, “You can’t say no, it’s YES DAY!” They were right. Since one of their other requests was to stay up until 11:59 p.m., I really wasn’t working against any bedtime deadline. Bathtubs were filled, bath bombs dropped in (extra points for having ones with surprises inside), and smiles and splashes abounded.

Dinner was next on the list (they actually agreed on what to get), and after dinner came some TV/screen time. When my husband and I got to the point where we really couldn’t stand to see their brains turning to mush after playing Red Ball for the 1,000th time, we did pull them off of their Fire tablets and made them play Disney UNO with us until bedtime.

Their original thought was to have a sleepover in the playroom, but after laying down, they all changed their minds and went to their respective bedrooms!

We made it through our first Yes Day successfully and had many memories together as a family. Would I do it again? Definitely. It’s kind of freeing to say YES and be the fun version of myself! Keep reading for a few tips.

Clear your schedule and focus on the family.

I did send a few texts here and there as necessary, but they noticed that we were really plugged into family time, and I was surprised at how many times we heard, “Thank you for doing a Yes Day!” It made the stress the night before worth it!

This may apply mostly to those who have older kids. Since my kids are just learning about money and don’t have a great grasp on how much things cost relative to each other, we didn’t really have any pushback on it. At Dave and Busters, we said, “This is our one game card. We share it and when it’s done, it’s done.” They all understood and didn’t complain (I did give them a warning when it was their last game).

We are Disney passholders, so as soon as we talked about what we wanted to do, one of the kids said, “Disney!” We explained driving to Orlando and back would take up a lot of our day, so we’d be keeping our Yes Day within Jacksonville and St. Augustine city limits.

I, like Jennifer Garner’s character in the movie, feel like I am always the “mean” parent — the one who handles most of the discipline and the naysaying. It was fun to watch their little faces light up and exclaim, “Thank you, Mommy!” when I suggested having brownies and ice cream on a day when they already had an ICEE.

What do you think? Will you ever have a Yes Day with your family?