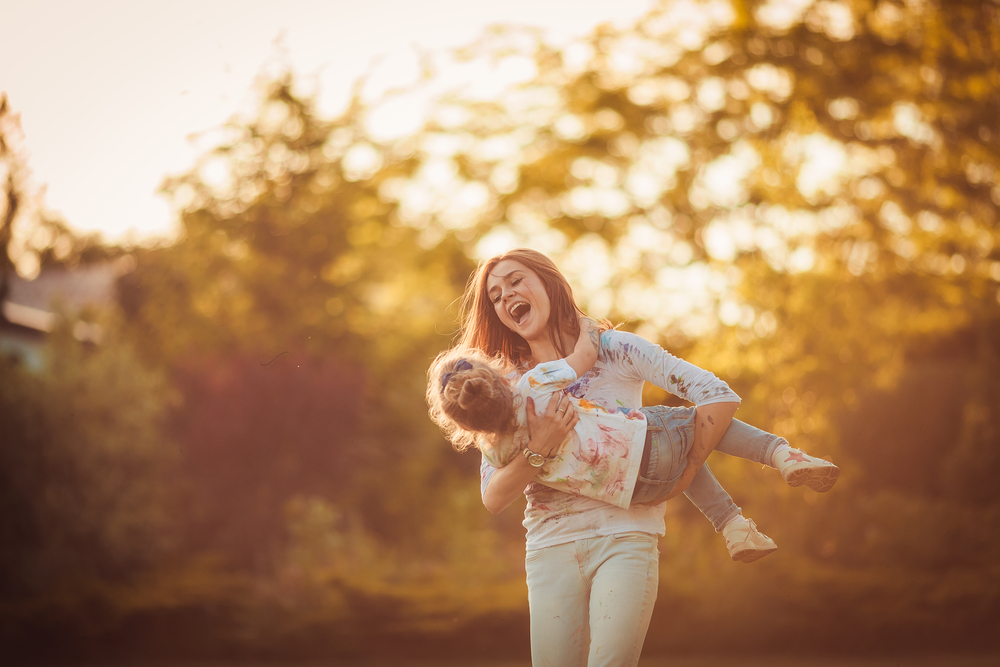 When my husband and I made the decision to adopt, it was because we wanted to have a family  made up of biological children and children who were not biologically ours. Two months after we were chosen by my daughter’s biological mother, I found out that it would be extremely difficult (if not impossible) for me to conceive, and if I wanted to have my own children, I’d better start surgeries, injections, etc. ASAP. Part of the rules set up by the adoption agency we chose were clearly written and explained to us — no biological children should be expected to arrive in the home within 18 months of an adopted child being placed in said home. With this information, my husband and I decided to continue with adoption and not to disrupt our current arrangement.

Had we decided otherwise, A* (my now 2-year-old adopted daughter) might never had made it into our family, and I would not know the absolute joy that it is to be her mom.

Life today includes hours of repetitive sing-a-longs, numerous diaper changes and the exciting transition into a toddler bed — and each day has been a learning curve. Not just of how to be an actual parent, but of how different my parenting journey is from many other moms. I also learned that people really want to ask personal questions when they discover that my daughter was adopted, and that they strangely are not prepared for my authentic (and sometimes blunt) answers. I hope this post will help you navigate any of those potentially awkward moments when meeting someone who, or hearing someone you love, has chosen to adopt.

“Why would you adopt? Don’t you want your own kids?”

The first time I was asked this, it was made clear to me that adoptive moms are not considered anything like biological mothers. Clearly if we have a child on our hip who calls us “Mom” — especially if we adopted — we wanted kids. I can’t blame that second or third glass of wine on being a mom. I can’t complain about being uncomfortable for nine months and then poof!!! BABY. I waited 21 months for my daughter. Now, don’t get me wrong, A came around July 4, so I did have wine within 48 hours of meeting her for the first time (so that is awesome), and I am well aware that I will also never know what it feels like to push that final time, or to feel her kick inside of me, or to hear her heartbeat for the first time in the doctor’s office. Yes, I wanted my own children — and she is 2 years old, and her name is A.

“But aren’t you worried she will turn out… different?”

I believe that society created a stigma for moms who adopt. Meaning, adopted children are not considered as “good” as biological children. Here is the truth — adopted children and biological children come from the same place. They may enter the world through a C-section or vaginal birth, but they all enter the world in a similar form: naked. It is our job as a parents or guardians (i.e. granddads, mothers, foster parents, adoptive dads, aunties, etc.) to teach our children right from wrong. It doesn’t matter if they are biologically ours, instead it matters that we step up and choose to act as their guide through this life. My child will be different because I raised her as opposed to her biological mother, and who is to say what is better or worse? I do not worry — and I do not know what struggles she will face — but I know we can face them together, and I am prepared for that.

“My friend’s sister’s hairdresser’s aunt tried to adopt. I know all about what you went through.”

*Cue story that is not related to mine at all.* In a book I recently listened to, the author talks about her adoption story — which is arduous and emotional and very different than mine. I cried with her as she spoke, my breath caught when hers did, and I felt the trauma she endured. That being said, people literally may not be able to talk about their adoption journey — the disruptions, the biological parents coming in and out of their lives, difficult meetings with DCPS, or whatever hurdles they had to jump over to complete their family (because face it, every story has at least one hurdle). My story is my story — and to be quite honest, it is not yours to ask about. It would be like me asking about your child’s birth — wanting to hear about your uterus, or your vaginal fluids, or the blood, or the length of scopes used, or whatever. That is how raw some people feel about their adoption journey. Mine was quite different from any I have heard, and I am grateful for each and every moment of it.

“How much did she cost?”

No, seriously, I’ve been asked this. And not only that, it was in front of my daughter. Like, how is this an okay question to ask? Possibly the information they requested could have been phrased in such a way that does not put an actual financial figure on my daughter’s worth. Yes, the adoption process is quite uncommon, thus questions are raised. However, just because I adopted does not give me the right to be your informant on adoption matters, AND just because I adopted, it does not make me want to talk about how much it cost for me and my husband. I could go into the thousands of dollars spent, but that does not count the amazing gifts we received along the way: the relationship with my sister-in-law that deepened after she took all the pictures for the application, the memories of checking the adoption site everyday to see when people started to view our profile, or the friendships I was able to create with cousins and relatives who had daughters and sons who let me ask questions instead of the other way around. Most importantly, I gained a relationship with A’s biological mother, and that is not something you can put a price tag on.

As you can tell, my adoption journey is different than anyone else’s, and some may find that sentiment egotistical and some may find that sentiment lonely.  Either way, it is mine. My adoption story is also different than my husband’s, our daughter’s or our birth mother’s, because everything I felt and experienced leading up to the decision to adopt colored how I interpreted every phone call, every email, every interaction and every question. Some mothers may be just dying inside wanting to answer the “why” behind her family’s choice to adopt. I, however, don’t feel comfortable speaking about my family’s journey with just anybody — and I believe both sentiments are correct because they are authentically honest. If you do have a question that you just have to ask, consider doing it in a more private setting — giving the adoptive parent the opportunity to choose not answer — while acknowledging their feelings and experiences along the way. Or, just offer to grab a glass of wine with me, and in 30 minutes I am pretty sure I will answer anything you ask.

*Author has chosen to withhold names in order to respect the privacy of those mentioned. 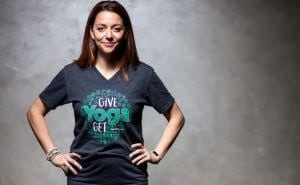 Kathryn Thomas is the Executive Director of Yoga 4 Change as well as the CEO of ANAMAR Environmental Consulting, Inc. After being medically separated from the United States Navy in which she served as a Naval Aviator, she began studying to become a Yoga teacher through the Yoga School of Kailua. Upon moving to Jacksonville, Florida, she witnessed the need for mental, emotional, and physical healing in her new community and started Yoga 4 Change to fill this void. Kathryn has training in multiple disciplines including Power Yoga, Chair Yoga, Hatha Yoga, and Yoga Nidra. Kathryn formerly sat on the board of the Yoga Service Council, where she served as the project manager and contributed to two of the Best Practice Book Series: Yoga with Veterans, and Yoga in the Criminal Justice System. Kathryn resides in Florida with her husband, daughter and their two Labrador Retrievers.