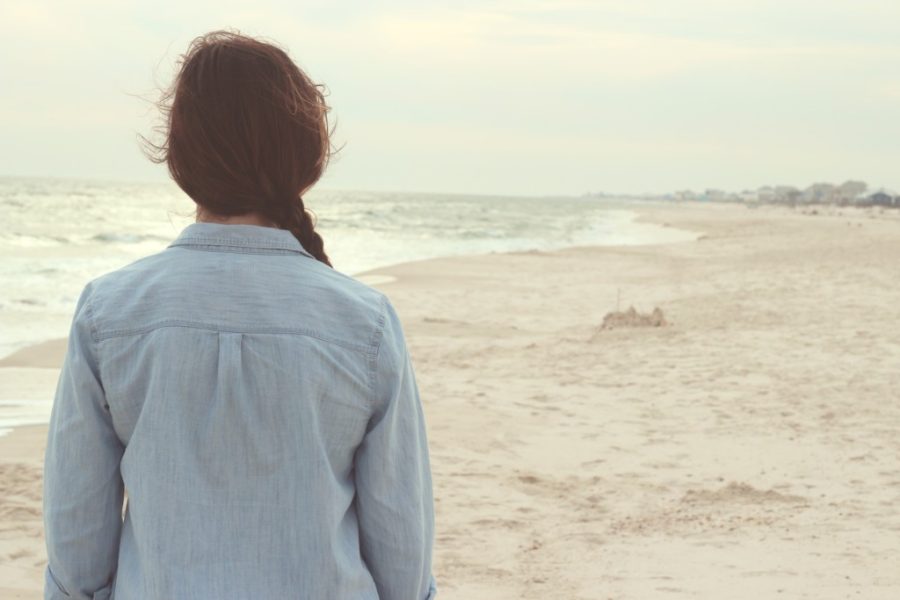 November is National Adoption Month, so there’s lots of talk about surrounding giving children homes and families, who otherwise don’t have them. But let’s be honest: When people talk about adoption, they mean babies. Maybe they mean toddlers or kids on the younger end of elementary school, but that’s it. People want kids that they think won’t remember their biological family, who will only know them as their parents. They want kids who are easy and come without strings. I don’t blame anyone for that, really; parenting is hard as it is. But what about the other kids? The ones who nobody wants?

This is personal for me. My family recently welcomed a 13-year-old girl into our home, who we adopted a little less than a year after receiving permanent guardianship. It’s something that had been on my mind for a long time, because these are the kids who languish in foster care, year after year, hoping someone, anyone, will see something in them to love. And you know what the really sad thing is?

For many of them, no one does.

Older kids who are available for adoption are not what most parents are looking for. No, older children, and especially teenagers, are scary. These are the kids who have all kinds of issues and problems. They’re available for adoption because their parents were not stable and lost parental rights, which means these are the kids who have been through some stuff. Many of them have experienced neglect, abuse, assault, and that makes the prospect of parenting them less exciting than a brand-new baby, who the world hasn’t hurt yet. Older kids are the ones who might be violent. They’re the ones who everyone thinks will act out, who might be having lots of sex and doing lots of drugs, who will steal from you and take your car for a joyride and try to run away lots of times. And after all of that, you only have them for a few years, and then they’re gone at 18. What parent would want that, right?

The problem is that these things are all stereotypes. They’re misconceptions, and despite attempts to dispel them, they persist.

Yes, it is true that my 13-year-old daughter has attachment issues. But when people hear that, what they picture is a little sociopath, who doesn’t care about anyone and is emotionless and cold. Attachment issues mean that my daughter is terrified that we’re going to throw her away, like everyone else in her life has. It means that the prospect of moving scares her, because every time she moved before, it meant something bad was happening. Yes, there are things in her past that have hurt her that we have to overcome. Yes, she misses her parents. But one thing that I wish people understood about adoption — whether it’s as an infant, or as an older child — is that it doesn’t have to be (and shouldn’t be!) a competition between the adoptive family and the biological family. I don’t want my daughter to ever feel like she has to choose between us and memories of her parents, or seeing her biological siblings. She can have both. I want her to have both. It isn’t a threat to my motherhood to know that she loves her biological family. It’s where she came from; it’s part of her history and her past.

I also wish people didn’t look at teenagers as not worth adopting because, in a few years, they’ll be gone. I have personally heard this, spoken to my face, since welcoming our daughter into our home, and it’s a common trope in general. But here’s the thing: This isn’t like taking someone into your home temporarily and then after they turn 18, they’re kicked out and you never see them again. These are kids that need a family. They need someone to be there for them forever, to help them while they’re in college, and walk them down the aisle at their wedding, and celebrate when they have their own babies. That love and support makes a huge difference.

There are an estimated 20,000 teenagers who will age out of foster care without a family. Just imagine that. Imagine going through some of the most difficult years of your life without having anyone you can ask for help. No one to share holidays with. No one to be there for you when your heart is broken. Nowhere to call your home. Kids who age out of foster care are more likely to become homeless, struggle with finding and keeping a job, getting an education, or end up in prison. These kids need families, and yet they’re overlooked far too often.

Older kids and teenagers aren’t scary and broken. They just need somewhere to belong, someone who will love them and work through their problems with them. So for National Adoption Month, and every other month, if you’re considering opening your home to adoption, maybe take some time to consider something out of the norm. It may be hard, and it may take work, but I can promise you, it’s also incredibly enriching to see someone heal from their past, and blossom in front of your eyes. There are so many older children who still need homes, and sadly, so many who simply won’t get them, and that fact breaks my heart. No child should be considered unadoptable.