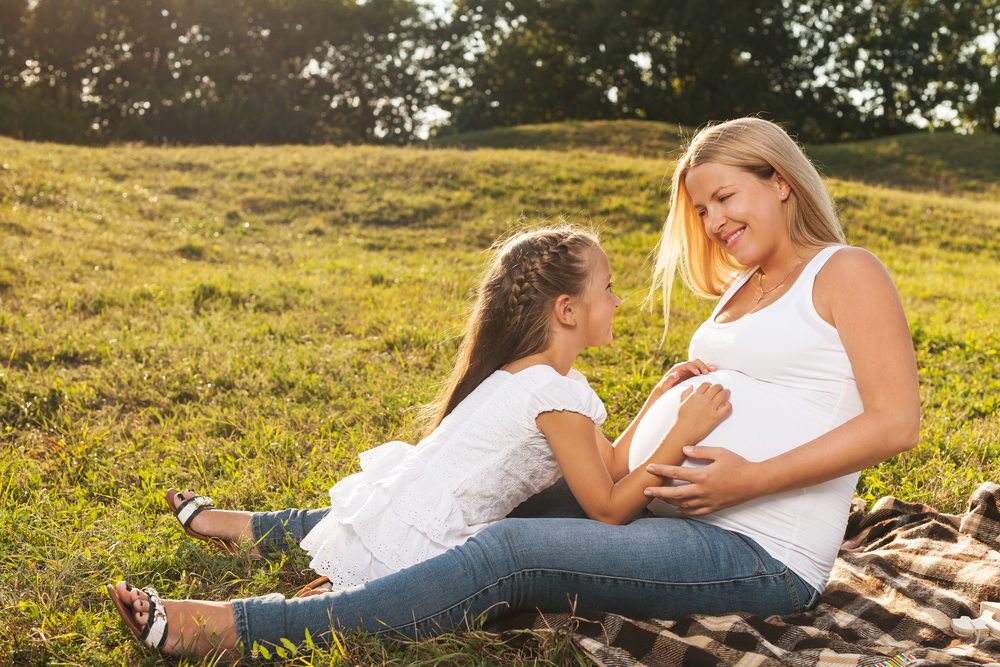 Having a baby after 40? Well, the timing is different for everyone — but there are a few things you need to know. Mother of four and an experienced physician and surgeon at Memorial Hospital, Sunwook Kim-Ashchi, MD, addresses key concerns that moms have when it comes to having a child later in the game and how to boost your odds.

How hard is it to get pregnant after 40?

The likelihood of getting pregnant declines with age, but today many women are having babies after 40.

If you’re older and hoping to get pregnant, it’s important to not only understand some of the challenges that may be involved but also learn what you can do to improve your chances of having a healthy pregnancy.

It’s harder to get pregnant

You may have heard the old adage: “You’re only as old as you feel.” That may be true for many things. But when it comes to reproduction, your chronological age really does matter. That’s because as you age, so do your eggs.

Much of the decline in a woman’s fertility over time is associated with changes in her ovarian reserve — the quantity and quality of her eggs. A woman begins life with a fixed number of eggs in her ovaries. Aside from their quantity, the quality of these eggs also declines with advancing age.

If you’re over 35, you’re considered to be of “advanced maternal age” — with fertility starting to drop most significantly around 32, according to the American College of Obstetricians and Gynecologists, and taking a particularly deep nose dive around 37.

By age 40, a woman’s chance drops to less than 5% per cycle, according to the American Society for Reproductive Medicine. After the age of 45, getting pregnant naturally (or without the help of fertility treatments) is unlikely for most women. Reproductive technologies such as in-vitro fertilization can help some couples defy the odds, but even IVF becomes less successful with age.

Some younger women are choosing to freeze, or cryopreserve, their eggs through a minimally invasive procedure that involves harvesting unfertilized eggs from the ovaries and then freezing them for later use. This essentially halts the aging process for these eggs so they will have a lower risk for abnormalities later on when a woman decides she’s ready to conceive.

“I highly recommend pre-conceptional counseling to all my patients. If you are over 40, we recommend six months of attempting to get pregnant naturally, then if you don’t succeed, we will direct patients to do a full fertility workup,” notes Dr. Kim-Ashchi.

This workup may include a variety of tests, including an X-ray with dye or hysterosalpingography to confirm that your fallopian tubes (through which an egg travels from the ovaries to the uterus) are open. We can also measure certain hormone levels and order tests that assess your ovarian reserve. In some cases, imaging tests can also give your doctor a better idea of the health of your reproductive organs. The quality of your partner’s sperm will also be evaluated during this process.

Based on the results of these tests, your doctor will develop a plan to help you achieve pregnancy. If your ovarian reserve or your partner’s sperm quality is affecting your ability to conceive, you may also consider using a donor egg or sperm to improve your odds of becoming pregnant.

Miscarriages and stillbirths can happen at any age, but the chances go up as you age. Pregnancy losses that happen before 20 weeks — which are called miscarriages (anything later is considered a stillbirth) — are usually caused by chromosomal problems in the embryo, related to older eggs. For this reason, women between 40 and 44 have a 33% chance of miscarriage.

Because longer gestational times can increase the risk of stillbirth, many doctors won’t allow a woman over 40 to go into labor past her due date. Generally, doctors will plan an induction.

Once women are in their 40s, other risks associated with pregnancy also rise. Older mothers face greater odds of stillbirth, miscarriage, and other complications such as ectopic pregnancy (when an embryo implants somewhere other than the uterus) and placenta previa (when the placenta that feeds the fetus lies low in the uterus).

Additionally, women in their 40s are at higher risk for gestational diabetes and preeclampsia, or dangerously high blood pressure during pregnancy. They are also more likely to have babies with chromosomal abnormalities. Down syndrome, for example, is one of the most common genetic disorders associated with delayed childbearing. The risk for women who get pregnant at age 40 is about one in 100.

Older moms are also more likely to have multiples, such as twins or triplets, since they are more likely to release more than one egg from their ovaries each month or due to the use of fertility drugs.

All pregnant women should receive good prenatal care. This is especially true if you’re in your 40s. In fact, depending on your age, other health issues, and medical history, you may need to undergo additional tests and have more frequent checkups throughout your pregnancy.

Early and routine monitoring by your OBGYN will help ensure that you have the best possible outcome. During each visit, your health and the health of your baby will be assessed.

If you have any medical conditions like chronic hypertension, diabetes, psychiatric illness, thyroid disease, and others, make sure they are under good control. Moms-to-be need to make sure that any medications that you take regularly are safe for pregnancy.

Your doctor may recommend screening tests to make sure that your baby is developing properly. This includes a blood test in the first trimester plus an ultrasound of the fetus to assess risk for specific chromosomal abnormalities. This test, which is typically performed between the 11th and 13th week of pregnancy, could indicate the need for further testing.

Other diagnostic tests such as amniocentesis, which tests amniotic fluid, or chorionic villus sampling (CVS), which tests tissue from the placenta, can provide more definitive results. These tests do confer a higher risk of miscarriage, which is already higher in women older than 40. Together with your OBGYN, you should determine the most appropriate screening plan for your pregnancy.

It’s important to remember that pregnancy after 40 is less likely — but it is increasingly possible (and healthy) thanks to advancements in fertility and reproductive medicine. If you are expecting later in life, you can improve your chances of having a healthy pregnancy by establishing a game plan early on. That means getting regular prenatal care, adopting a healthy lifestyle — including stress reduction, regular physical activity,  a nutritious diet, and adequate sleep — and having open communication with your healthcare team.

Note: In 2019, the Centers for Disease Control and Prevention announced that while the birth rates for women under 40 had been declining for years, those for women in their early 40s were increasing — by 3 percent every year since 1982. 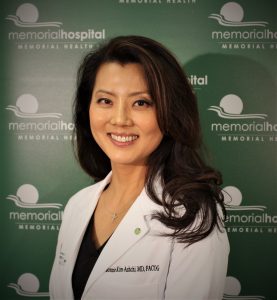 A mother of four and an experienced physician and surgeon, Sunwook “Sonnie” Kim-Ashchi, MD has been providing comprehensive care for women of all ages for over 20 years in Jacksonville and has been with Memorial Health in Jacksonville since October 2020. She manages high-risk pregnancies and is well-known for her excellence in minimally invasive and robotic surgeries, helping patients get back on their feet quicker and with fewer complications. Dr. Kim-Ashchi has a medical degree from Case Western Reserve University in Cleveland, Ohio, and completed her residency in obstetrics and gynecology at Orlando Regional Hospital and the University of Florida in Jacksonville, Florida.